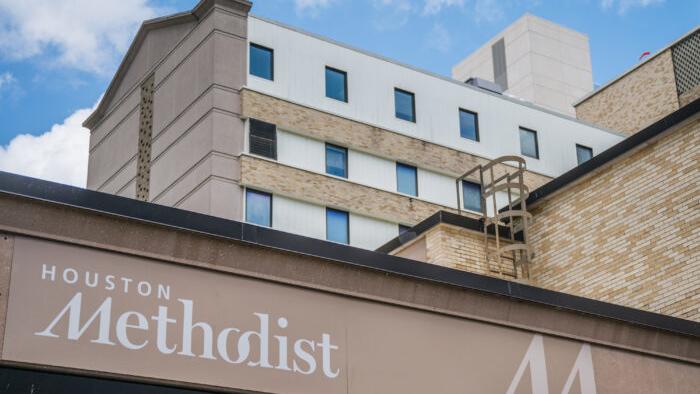 
Authored by Tom Ozimek via The Epoch Times,

A Texas hospital has reported its first case of the Lambda variant of the pathogen that causes COVID-19, according to multiple media outlets.

As of Monday morning, at least one patient at Houston Methodist Hospital was confirmed to be infected with the Lambda variant, according to a hospital spokesperson, as reported by KHOU11.

Houston Methodist Hospital CEO Marc Bloom wrote in an email to staff, obtained by the Houston Chronicle, that as of Monday, the hospital was treating 184 COVID-19 patients, with around 85 percent of them infected with the Delta variant.

The Lambda variant, dubbed C.37, was first identified in Peru last year before spreading to multiple countries in South America. It has been deemed a “variant of interest” by the World Health Organization (WHO), which in a recent report (pdf) indicated that 81 percent of COVID-19 cases sequenced in Peru since April 2021 are associated with Lambda.

In the United States, the Lambda variant has so far infected fewer than 700 people, and some experts believe it poses less of a threat than the Delta variant, about which U.S. health officials have been sounding the alarm.

Dr. Rochelle Walensky, head of the Centers for Disease Control and Prevention (CDC), told a Senate hearing on the federal response to the pandemic that the Delta variant is becoming more prevalent and now accounts for around 83 percent of all new sequenced cases in the United States.

“In some parts of the country the percentage is even higher, particularly in areas with low vaccination rates,” Walensky said, adding that areas with “limited vaccination coverage are allowing for the emergence and rapid spread of the highly transmissible Delta variant.”

Dr. Rochelle Walensky, director of the Centers for Disease Control and Prevention (CDC), testifies during a Senate hearing in Washington, on July 20, 2021. (Stefani Reynolds-Pool/Getty Images)

Commenting on the Lambda variant, S. Wesley Long, medical director of diagnostic microbiology at Houston Methodist, told The Washington Post that Lambda “is not anywhere near as concerning as the Delta variant,” which he said is “the engine that’s going to be driving the surge in the U.S.”

While the CDC does not include Lambda on its watchlist of CCP (Chinese Communist Party) virus mutations, the agency has deemed Delta a “variant of concern,” and considers it to be more transmissible and potentially more resistant to vaccines.

So far, no CCP virus mutations have received the “variant of high consequence” designation, which is reserved for those that show clear evidence that medical countermeasures have significantly reduced effectiveness compared to previously circulating variants.

According to Dr. Seshadri Vasan, a scientist and COVID-19 project leader at Australia’s Commonwealth Scientific and Industrial Research Organization (CSIRO), a government agency, Lambda “has an eclectic set of mutations, many of which appear to be immune evasions—that is, allowing the virus to evade a person’s immune response.”

“At this stage, the Lambda variant is definitely of structural interest, but will require further epidemiological evidence and peer-reviewed studies on infectivity and impact on vaccines to determine if it is a variant of concern,” Vasan added.