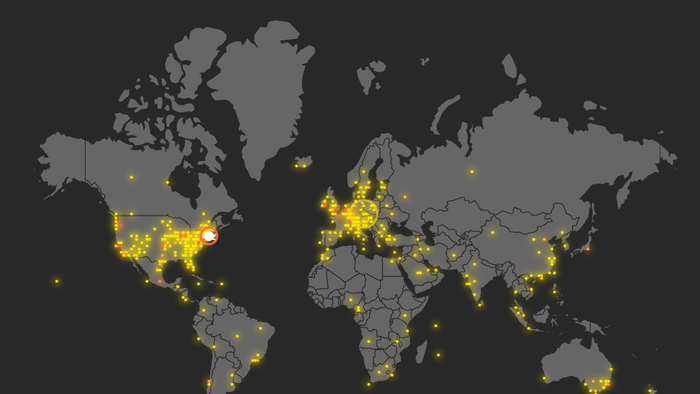 
At least 28,000 websites are down worldwide. There appears to be a major DNS, or Domain Name System failure that began shortly after 1100ET. DNS acts as the phone of the internet, translating names of websites into IP addresses.

Some of the major websites experiencing issues and outages include PlayStation Network, Fidelity, FedEx, Steam, UPS, Airbnb, Home Depot, and Amazon, according to Downdector.

There’s no word if the issues or outages are interconnected, but it certainly raises an eyebrow that something under the surface is happening.

For instance, Fidelity is experiencing issues and outages across major metro areas in the Mid-Atlantic and Northeast states and other cities across the country.

All of the issues and outages for the websites listed above appear to have originated around 1115-1130 ET.

*This story is developing…