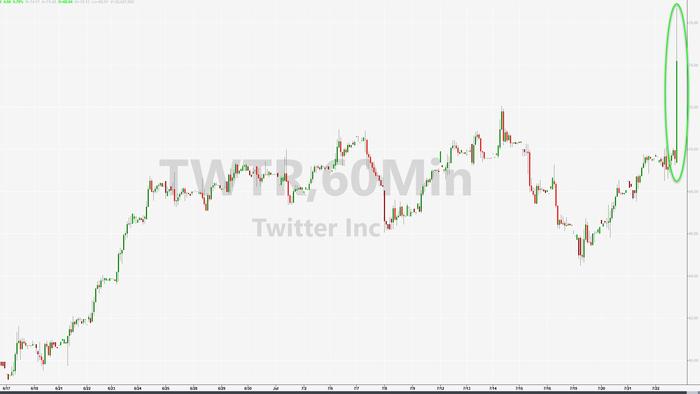 That revenue was split:

Additionally, Twitter raised its Q3 estimates from $1.17billion to between $1.22 billion and $1.30 billion.

One of the main items investors have been focused on is DAUs, which met expectations (Average Monetizable DAU 206M, Est. 205.9M).

AS Bloomberg’s Kurt Wagner notes: “The numbers suggest the company is growing after a chaotic year that included the pandemic and a U.S. election that ultimately led Twitter to permanently suspend then-President Donald Trump.”